Chantal Rickards is an experienced speaker and moderator, having been a spokesman for the BBC, WP and BAFTA over the years. At the BBC, where she ran commissioning for the UKTV Lifestyle channels, Chantal spoke frequently about how content and brands working together to good effect could be immensely powerful. She spoke all over the world on behalf of both the BBC and WPP, championing this relatively new and sophisticated type of content marketing from both the broadcaster and practitioner’s point of view. Her brand led projects were for Chevron, Visa, Specsavers and Bourjois and more. She has presided over advertising juries in Europe and been a keynote speaker at conferences in Dubai, Cairo, Sydney, New York, Washington and Beirut among others.

Her recent years in Hollywood have given her a totally new perspective on global content and how film studios, broadcasters, platforms and brands are finding their way in the modern world and creating new forms of monetisation. For nearly five years she has been a spokesperson for the world-leading independent arts charity The British Academy of Film and Television Arts Los Angeles (BAFTA), running high profile events and talent led initiatives. Adding philanthropy to her expertise, Chantal now speaks on how philanthropic and cause related content is being used to shine a light on pressing global issues from Hollywood to London and beyond. Whether it’s unravelling the good that has come out of the #MeToo movement or gauging how the success of the Black Panther movie has changed attitudes towards diversity in filmmaking, Chantal has a deep understanding of how to navigate these turbulent waters.

She has also moderated many talent led events and interviewed a plethora of household names from George Clooney to the cast of Downton Abbey. Chantal has Executive Produced the BAFTA Britannia Awards in Hollywood since her arrival there which have attracted many Hollywood A listers: Meryl Streep, Harrison Ford, Matt Damon and Samuel L Jackson to name a few. This show and the famous BAFTA Tea Parties in Hollywood garner in excess of six billion impressions a year giving them international status, influence and impact.

You talk about the power of content and brands working together. What benefits does this have for both the consumer and the creator?

The creator of content is always looking for funding sources and since the dawn of soap operas, which were funded by soap powder manufacturers, there are increasing occurrences of content being supported by brands. Brands on the other hand are always looking to increase awareness of a product with a view to a sale somewhere further down the transaction chain, not necessarily immediately. Content can also be used well to help position or reposition a brand in its market place. A consumer’s brand sentiment can be massaged through the brands partnering with appropriate content. Think of all the brands now that need an image change and want to look greener, more philanthropic and ethical. Greenwashing can be achieved through clever content marketing.

You have moderated events and interviewed many stars; what is the best approach to ensure that you get the best from people on the day?

Prepare, prepare, prepare. Know where people are going to sit, the order they come on stage, the background colour of the set, the music you will use to ‘play them on’, whether they might have trouble climbing stage steps, whether they are hard of hearing or need a lapel mic instead of a handheld mic. Those are the basics. After that, it’s all about the interview and knowing how to extemporise, and knowing the subject. Always add humour as it calms people down, always smile, rarely look at your notes and be self deprecating. Always be more interested in them than yourself. Years of writing interviews for David Frost and working with chat show host Michael Parkinson stood me in good stead for taking on Hollywood’s finest.

From all your time working on major shows and with some of the top names and celebrities, is there one anecdote which stands out above all others?

Crikey – it would take me a ton of time to find the best – there have been so many.

Losing Joe Cocker for three days before the Lennon concert in Liverpool, not recognising Lenny Kravitz when he walked on set, organising phone calls from the White House which ended in disaster, waiting three infuriating hours for an Oscar winner and then not even mentioning she was late, forgetting to book an audience of 300 people for a show with two hours’ notice, being hexed by a white witch we had just interviewed, seeing spoons bend in my own hands after Uri Geller handed them to me, losing all lighting live on air and completing the show on a couple of torches and one lamp. I have many more!

Can you tell us a little about philanthropic and cause-related content and how it can benefit people around the world?

I will probably never go to Mexico and stand on the border at night as a refugee trying to enter the USA, but for anyone who saw the VR exhibition at LACMA by Alejandro Inarritu of the extraordinary Carne y Arena you will have been left in no doubt about the power of VR to persuade, cajole, move, mesmerise and shock. As for cause related issues, it really moves the needle.

Having no idea what to expect, I experienced Inarritu’s story of migrants on the Mexican border both clueless and shoeless; after removing my footwear and donning my headset I found myself tiptoeing across a midnight landscape of sand and rocks, while the ‘wind’ from Border Patrol helicopters tousled my hair and whipped around my ankles, accompanied by the din from the thunderous flying engines which thumped in my chest. My fellow VR travellers, parents and children alike, cowered behind boulders bringing the all-too-real awfulness of the scene up far too close and far too personal. Guns were brandished, people shouted, children cried and it all simply broke my heart; if there had been anyone at the end of the experience asking for money to support displaced and dispossessed peoples I would have emptied my purse there and then. But how wonderful to have been fully transported to another time and place; the power of VR is not to be underestimated.

You have been working in Hollywood for a number of years; what do you feel is the most important or exciting insight you have gained during your time there?

Hollywood is a behemoth – it’s ‘deal town’, and finding one’s way around takes years, if only because people sit in their cars for an inordinate amount of wasted time driving from one side of the 405 to the other or from the West Side to the Valley. I managed four years with a bicycle and an Uber account and people thought I was crazy. Hollywood has changed dramatically since my arrival, with the rise of the importance of diversity to the MeToo campaign. Both needed to happen but they rocked Hollywood to its core. The changes in career opportunities and recognition for women, people of colour, the LGBTQ+, and other under-represented communities is immense.

Hollywood, which may have seemed like a concept stuck in the Golden Age of yesteryear for some decades, has evolved at an ever increasing rate in recent years. The pace of change has accelerated as technological change pushes us harder towards a place where the future is now. What we can conceive can be created seemingly which makes me worried for our ability to form new types of creative expression quickly enough. But with VR we have found a device, a concept and art form all rolled into one that is on the cutting edge of technology yet pushes emotional boundaries in vital and visceral ways. 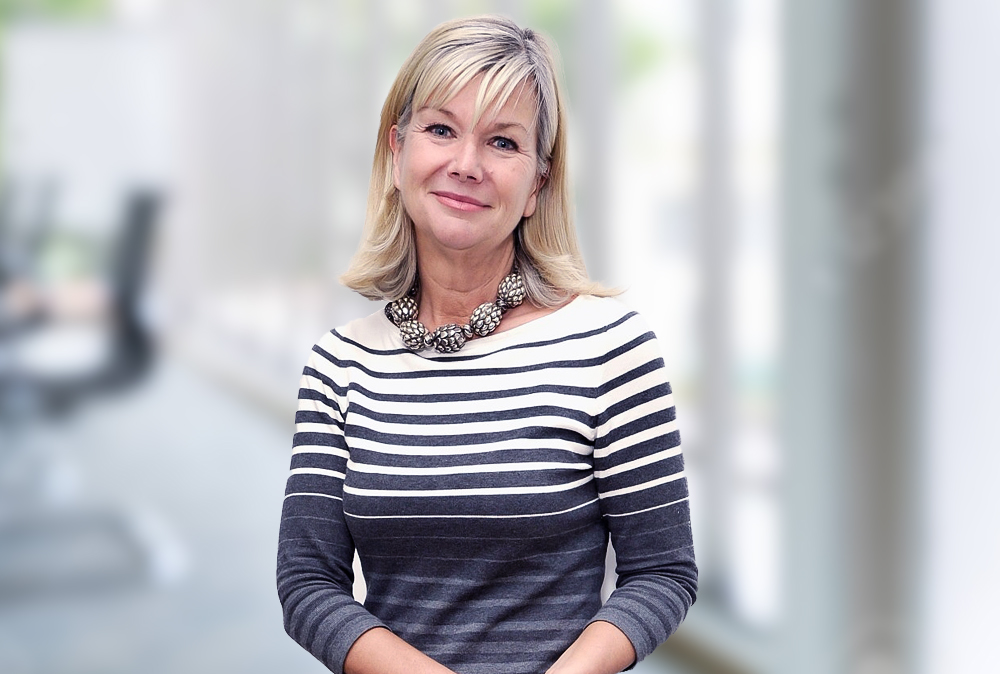 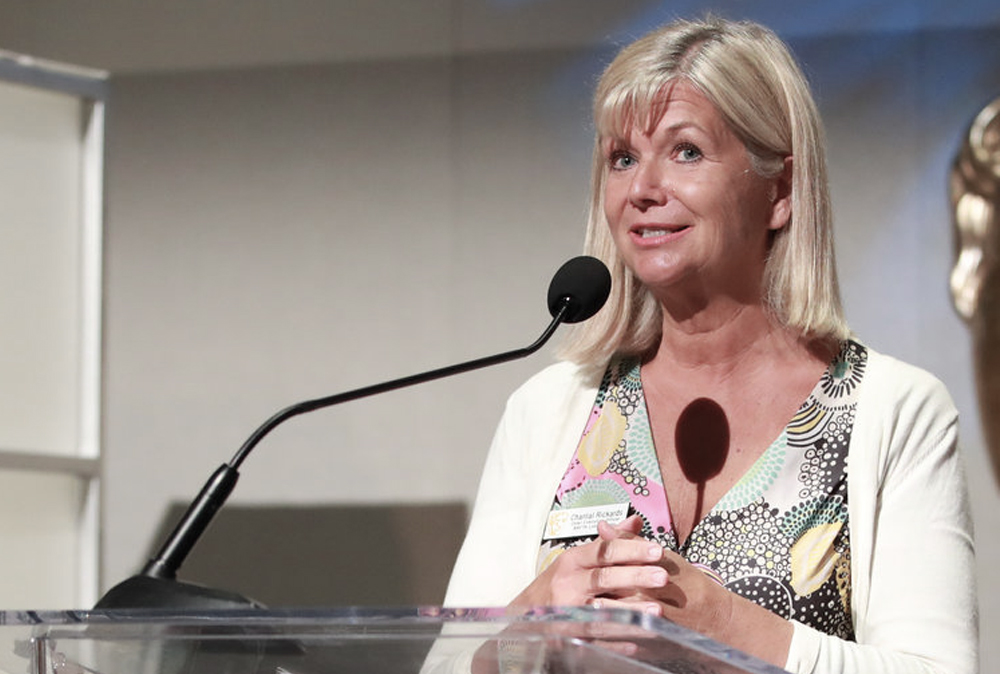 “It is most satisfying working for a non-profit and doing something altruistic in intent.”

“Being in the non-profit sector has enormous challenges.”

Her background in TV production, on some of the most well-known shows like MasterChef and This Morning, gives Chantal a rich history of anecdotes to relay: from sorting out special phone lines so that George Bush could call her TV studio, or writing and producing an interview with Donald Trump in Trump Tower, Chantal is able to entertain and inform in equal measure.At ease with both CEOs and the biggest stars in the word, Chantal is an accomplished interviewer, whose range encompasses the world of entertainment, philanthropy and brands.

If you would like to book Chantal Rickards for your next event, please call Dagmar O’Toole on +44 1628 601 462 or send an email to dagmar@csaspeakers.com.

" It is most satisfying working for a non-profit and doing something altruistic in intent. "


" Being in the non-profit sector has enormous challenges. "


" A good leader shares their vision and creates followers. "


" Competitiveness is a formidable tool with which to reach prosperity. "