As well as his glittering career as an actor, Harry has always held an interest in big science and over the last twenty years this has been reflected in his work as co-founder of Tri Alpha Energy, Inc. TAE is working towards a potentially world changing green energy technology that could provide clean, cheap fusion power to the world for millennia. TAE uses new technology and artificial intelligence to help enable progress to the end goal, ensuring what used to take months in terms of algorithm processing time, now takes just days or even hours.

Harry believes passionately in this cause; helping spread the word about clean energy and tackling one of the world’s biggest challenges – climate change. He ably demonstrates the need for strategies of change today, for the health of the planet tomorrow. 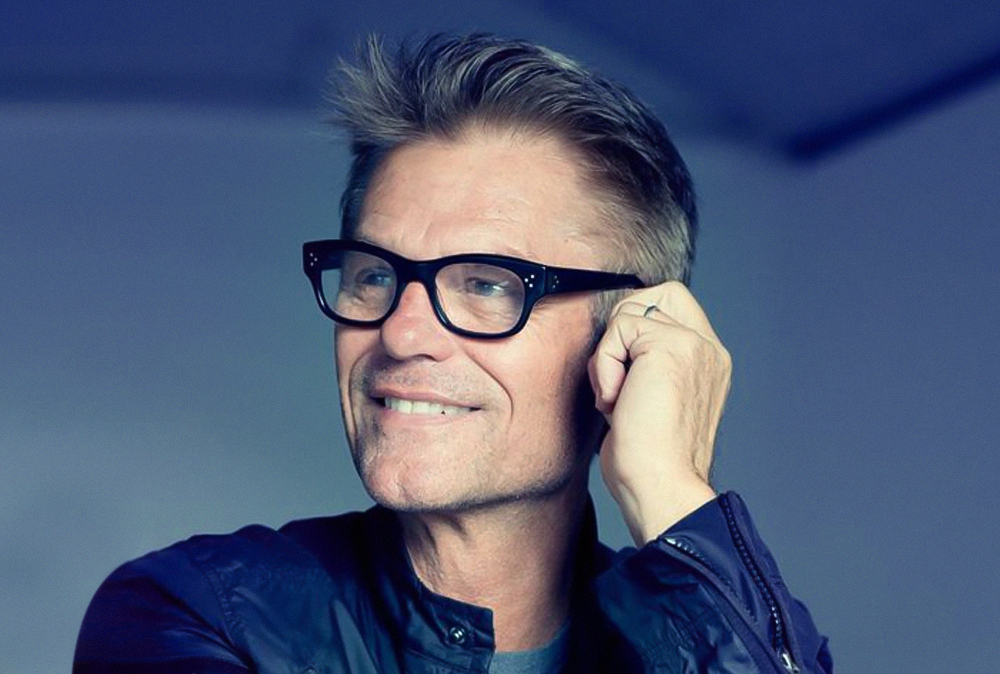 1. What inspired you to be actively involved with clean energy?

I learned about climate change in 1971 because a classmate of mine at UC Berkeley told me that his father, who worked for the National Science Foundation, had discovered, through his research of the polar ice caps, that the planet was on the verge of massive climate change. At that time, there were signs that climate change was coming but no one was equating carbon emissions with the changing climate.

The debate around fossil fuels at that time was about America’s dependence on foreign sources of oil and the price and availability of oil. As it became clear that carbon emissions might be the culprit, I became more and more interested in the environment and finding ways to power the planet without polluting it.

I have always been a champion of renewable energy sources such as wind, solar and hydro but have also been aware that the world has much bigger energy needs than those sources can provide, at least with today’s renewable technologies. When I discovered the possibilities that Fusion might provide, I made the decision to do everything I could to see that the world could someday get its power from this clean and sustainable source.

” If we make the effort to listen, we will see more opportunities and ideas will come to us more easily. “

2. Do you feel that listening has played a major role in your life and do you believe you have gained more opportunities because of this?

I learned to listen, actually listen, to people and their ideas somewhat late in the game. I was given a tape of an Alan Watts lecture in 1992 as I was going through an intense emotional moment in my life. I remember that Watt’s core idea in his talk was about how we really don’t listen.

Of course, I was “listening” in the car to this message about listening when I realized that, as I was listening, I was actually allowing my mind to hear his voice on the tape while, at the same time, thinking about a host of other things, like keeping my eyes on the road as well as planning for future events and even telling myself that I was different from everyone else because I already knew how to listen.

It was a moment of revelation that I was indeed NOT a good listener! I made an effort, after that day, to try to really listen to what was going on around me.

I believe that, if we make the effort to listen, we will see more opportunities and that ideas will come to us more easily. A lot of valuable information is missed if we don’t concentrate in the moment on what is presented to us through our senses.

Somehow, in 1980, I listened to the Serbian Physicist and was able to “hear” his message of the potential of Fusion to give the world clean energy. That might have been because he was the only other person in a crowded room in the Swiss Consulate in Rome besides myself who spoke English but no Italian or German!

3. Do you believe that TAE Technologies will become a global solution to save the environment?

I certainly wish that it will be possible to “tackle” climate change but I’m afraid that climate change will take place no matter what we do to try to “tackle” it. Unfortunately, the planet is ensnared in a feedback loop that makes it inevitable that the climate will continue changing. Technologies like TAE’s fusion effort can and will help mitigate the effects of climate change and could even slow the evolution of climate change but there is no technology that can stop it. The best we can hope for is the ability to adapt to the changing climate in a way that allows a reasonably high standard of living in the future. Certainly, all efforts to power the planet without burning fossil fuels will help and there are many endeavors around the world aiming to mitigate the effects of climate change. Stephen Hawking felt that the development of fusion power and the switch to electric vehicles will be the best way forward.

4. How has partnering with Google helped the progression of creating clean Fusion Power? Do you see it as a turning point?

Partnering with GoogleAI has helped to dramatically accelerate the optimization and troubleshooting of complex systems like plasmas, which can change faster than a human alone could track. The Optometrist Algorithm we co-developed can predict the most favorable conditions for fusion, thereby exponentiating the information yielded from each experiment and progress made toward realizing the promise of fusion. We see the team’s advances in AI/ML technology – coupled with standing on the shoulders of giants who spent 50 years of brilliant fusion research that got us here – as a turning point.

5. How does someone go from being a successful Hollywood actor to a climate change evangelist?

The two are not mutually exclusive. In fact, it was my celebrity status that allowed me to have the leverage to co-found the company. I was introduced to the non-radioactive aneutronic (without neutrons) fusion technology in the Spring of 1980 while living in Rome, Italy not long after filming CLASH OF THE TITANS. I became friends with a Serbian nuclear physicist who was working on a way to aneutronically fuse Helium 3 and Deuterium in order to make clean electricity.  He had a lab in Princeton, New Jersey where most of the plasma physics and the fusion community was centered. In 1990, he moved his lab to Southern California to partner with Norman Rostoker who was chairman of the Physics Department at UC Irvine. I was asked to be on the board of his newly formed company, The Advanced Physics Corporation. At the company’s first board of directors meeting at UCI, I was introduced to Dr. Murray Gell-Mann, Nobel Laureate in Physics, Dr. Glenn Seaborg and Dr. Edwin (Buzz) Aldrin among other luminaries of business and science.

I was impressed with this illustrious board and became friends with Glenn Seaborg who had been awarded the Nobel Prize in chemistry for his discovery of Plutonium and who had been head of the Atomic Energy Commission under four U.S. Presidents. Dr. Seaborg, as it turned out, was a fan of mine and he and I cemented our friendship around our mutual interest in improving K-12 public education. Dr. Seaborg had authored what is considered, to this day, to be the seminal study of early education in the United States entitled A NATION AT RISK. During the early 90s, Dr. Seaborg asked me to help him lobby the California Governor on behalf of a group of Nobel Laureates who wanted to assist in the formation of new math and science standards for California’s K-12 curriculum. I was able to make some progress with that effort and, through that time, Glenn and I became good friends.

The Advanced Physics Corporation was dissolved due to management issues in 1994 and Glenn and I formed an advisory committee for Norman Rostoker’s aneutronic fusion project at UC Irvine. Glenn and I chaired the committee and asked some of the former board members of the Advanced Physics Corp. to join. We searched unsuccessfully for some individual or some entity that would fund the project and when that effort failed, I decided, with Dr. Seaborg’s endorsement, to try setting up our own company. That idea was met with initial resistance but eventually, the advisory board agreed that it was the only course of action that might result in funding for Dr. Rostoker’s work. On April 11, 1998 we formed Colliding Beam Fusion Reactor, Inc. which is now called TAE Technologies. Throughout the past 20 years, I have continued to work in films and television while, at the same time, helping to shepherd this technology. 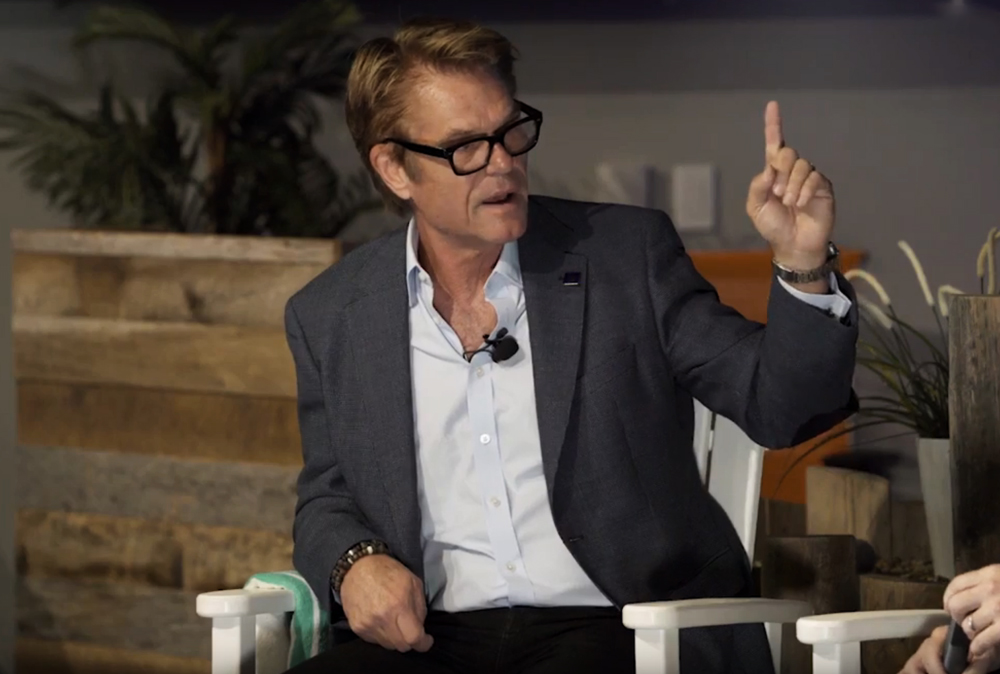 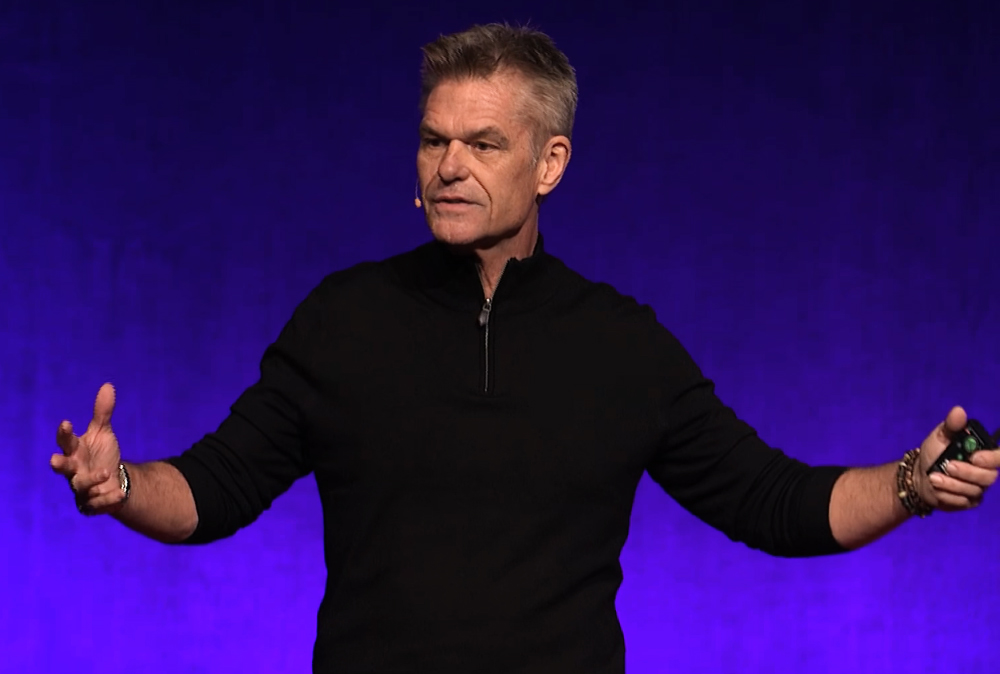 ” When I discovered the possibilities that Fusion might provide, I made the decision to do everything I could to see that the world could someday get its power from this clean and sustainable source. “

” Certainly, all efforts to power the planet without burning fossil fuels will help and there are many endeavors around the world aiming to mitigate the effects of climate change. “ 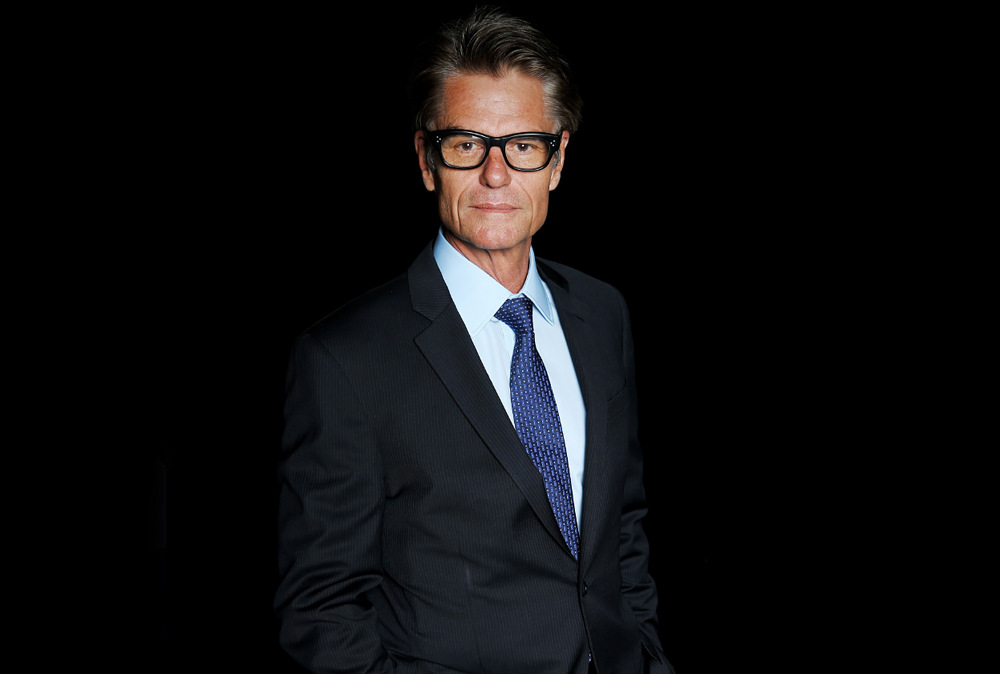 Harry Hamlin delivers fascinating presentations, which not only cover anecdotes from his acting career, but also explore his passion and dedication to enabling a cleaner future for generations to come; enabling a reduction in the production of greenhouse gases and a movement towards a healthy future for our planet.

" If we make the effort to listen, we will see more opportunities and ideas will come to us more easily. "