"If you are dedicated to finding
out the truth, you can."

Jung Chang is a global best-selling author. In 1991 Wild Swans: Three Daughters of China was published, which the Asian Wall Street Journal called the most read book about China. Mao: The Unknown Story, co-authored with Jon Holliday followed in 2005; it was described by Time magazine as “an atom bomb of a book”. Her latest book Empress Dowager Cixi: The Concubine Who Launched Modern China was published in 2013 and is a New York Times “notable book”. Her books have been translated into more than 40 languages and sold more than 15 million copies worldwide. She has won many awards, including the UK Writers’ Guild Best Non-Fiction and Book of the Year UK, and has received a number of honorary doctorates from universities in the UK and USA (Buckingham, York, Warwick, Dundee, the Open University, and Bowdoin College, USA).

Jung Chang spent her early life in China, having been born in Sichuan Province in 1952. During the Cultural Revolution (1966-1976) she worked as a peasant, a “barefoot” doctor, a steelworker, and an electrician before becoming an English-language student at Sichuan University. She left China for Britain in 1978 and obtained a PhD in Linguistics in 1982 at the University of York – the first person from Communist China to receive a doctorate from a British university. 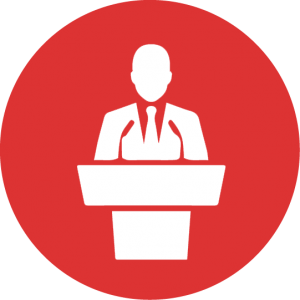 Meeting the Challenge of the 21st Century

Mao Zedong – Lessons to be learned

How to book Jung Chang

Dr Chang is a gifted storyteller, as ably demonstrated through her best-selling books. This carries through to her presentations, where she shares the dramatic developments in 20th century China in a spellbinding and emotive manner. Audiences reflect upon her powerful and moving messages; they are left inspired and uplifted and with a greater understanding of the challenges of 21st century globalisation.

“Dr Jung Chang, author of Wild Swans, is a gifted storyteller, whose presentations move and enlighten audiences as she relates her experiences of the challenges she and her family faced and still face in China in the 20th and 21st centuries.”

“The overall feedback on Dr Chang’s speech about her life and about China has been excellent. Everyone agreed she was very authentic.”