"Competitiveness is a formidable tool with which to reach prosperity."

Professor Garelli was the Managing Director of the World Economic Forum and of the Davos Symposium for many years. For twelve years he was also permanent senior adviser to the European management of Hewlett-Packard,

He is the author of numerous publications on competitiveness and global business, and has published his best-selling book “Top Class Competitors – How Nations, Firms and Individuals Succeed in the New World of Competitiveness” along with his latest book “Are you a Tiger, a Cat or a Dinosaur?”

We know that competitiveness is a formidable tool to enable prosperity, but how do businesses and nations achieve this in today’s constantly changing markets?

For a company, the objective of competitiveness has remained relatively consistent over the years: delivering profit and surviving. However, the means of achieving these goals and business models are changing.

For example, the Oxford dictionary defines a sale as “the exchange of a commodity for money.” Some services can be obtained for free, such as Facebook. Other business models do not imply buying a product or a service but only paying for its use. For example, the streaming industry such as Netflix or Spotify or accessing the office 365 suite by Microsoft.

Also, companies need to consider new expectations from customers such as sustainability, climate change, biodiversity, or the protection of the private sphere. It also creates new business models, such as the circular economy, recently illustrated by Ikea which proposes to lease, and not to sell, some products.

“Globalization is not a zero-sum game. Everybody can and should benefit from it.”

Nations are being challenged by technology and the magnitude of this revolution it implies. Apple, Facebook, Alibaba, or Tencent are creating vast ecosystems which integrate products, services, and payment into one offer. In a way, they are becoming nations above nations. They also challenge governments with their ability to use global tax optimization or to launch cryptocurrencies. Governments will react. They will try to control companies with regulations on data protection, and taxation, and to possibly consider more extreme measures such as breaking them apart (as was done in the past in the US energy and banking sector).

In the current climate, strong leadership is possibly more necessary than ever. What do you believe are the main qualities of a good leader?

The first quality of a leader is precisely to create followers. There are too many leaders today who are cut off from their base or even from their market. They assume that they can intuitively make all the decisions. They do not realize that the competitors of tomorrow may come from a different sector. Amazon invests in Food and Cloud computing, Facebook and Alibaba in the transfer of payments. Apple has become the largest watch company in the world.

Leadership today also means being firmly in touch with the changing expectations of society at large. Peter Drucker said: “Changes in society today have a bigger impact on companies than changes in management.” Leaders today have to understand what these changes mean for the company in terms of risk but also opportunity.

The management of efficiency is a crucial issue. 95% of competitiveness is about delivering the service and the product expected by the customer and by society. Brilliant innovations which are not rolled out with perfect execution and timing always end up in failure.

The management of change is the other key responsibility of leadership. It means guiding the organization through new paradigms without destabilizing it. It may imply changing winning business models before they become obsolete, and are destroyed by competition. It also means managing uncertainty. Waiting to be 100% sure about the situation could also mean being 100% late when it comes to reacting.

However, leadership also implies providing a certain level of stability in the organization. Leaders should act like a compass showing the right direction even in the middle of the storm. Leaders should also embody the value system of the company and walk the talk. They should be an example to follow and a mindset to imitate.

You say that robots have a lot of competence but not a lot of comprehension. How soon do you see a world with comprehending robots in it and what impact do you think this will have on our lives?

Technological revolutions have usually taken place within an extended period. Agriculture, writing, printing, and the steam engine spanned over 10,000 years. However, within one lifetime, we have seen four significant technological revolutions: the personal computer, the Internet, the mobile phone, and artificial intelligence. Therefore, it is not only the scope of the revolution which matters but also the speed at which they are taking place.

Artificial intelligence and automation will displace jobs, as has always been the case with past industrial revolutions. Nevertheless, it will also create numerous opportunities, especially with the combination of big data learning and computer power. The sectors which will be most profoundly affected are likely to be finance, medical, transport, and manufacturing. Every transaction process will be significantly impacted but also improved by the introduction, for example, of blockchain technology.

At present, one of the weakest points of artificial intelligence is the consumption of energy. For example, the AlphaGo computer which became the world champion in Go consumed 440 kWh. The human world champion who confronted it had a brain which consumed only 20 w/h. Even the self-driving car is today likely to consume 20% more energy than a traditional vehicle, because of all the technology it has.

Any technological revolution solves as many problems as it creates new ones. Beyond the hype, it is essential for companies and government to remain realistic about the challenges.

With millennials and Generation Z making up the majority of the workforce within the next few years, how do businesses have to adapt to make themselves next-generation ready?

Millennials are challenging not only the mindset of companies, but they also have an impact on the way business is conducted.

Millennials have a strong sense of self-fulfillment and achievement. It is characterized by a “Meism “ attitude, sometimes leading to narcissism. It is the Selfie generation. On average, they spend 10 hours and 39 minutes a day in front of the screen, a computer, a TV or a mobile phone.

They have little affiliation, political or religious, but the state of the world profoundly concerns them. They do not want only to work for a company which is financially successful but with one which is genuinely contributing to solving societal issues. They would agree with Henry Ford, who said: “a business that makes nothing but money is a poor business.”

They have a strong sense of entitlement, are demanding and intrusive. They believe that nothing should be confidential and that they have the right of accessing any information. It creates a lot of pressure on companies that are always in the limelight. As Mark Twain said: “Never do wrong, especially if somebody’s looking.” In today’s world, everybody is watching on the Internet or social networks. Hence the pressure on transparency and perfect ethical behavior is enormous.

Finally, they have a different conception of ownership. They believe that “free is cool” and that paying for a product or service is a bit old-fashioned. However, this mindset is changing. As Tim Cook, the CEO of Apple, said: “if you think that the product is free, then you are the product.” The millennials realize how true it is.

With the current political divisiveness, do you believe that as a world, we are heading towards greater or lesser globalization, and what are the main factors that will influence the progress?

The world has just experienced 30 years of unprecedented globalization and openness. From the opening of China, the fall of the communist system in Russia and central Europe to the emergence of market economies in the Middle East, Africa, and Latin America, the world has become an open place for business and innovation. Today, it seems that this golden era is reaching an end.

Protectionist measures have always existed. But they are now changing in nature. The argument used to be about protecting jobs; now, it is about national security. The US is imposing sanctions on China by referring to the Trade Expansion Act of 1962, which provides protection in case of security concerns. It means that the debate today is increasingly about politics and less about economics. 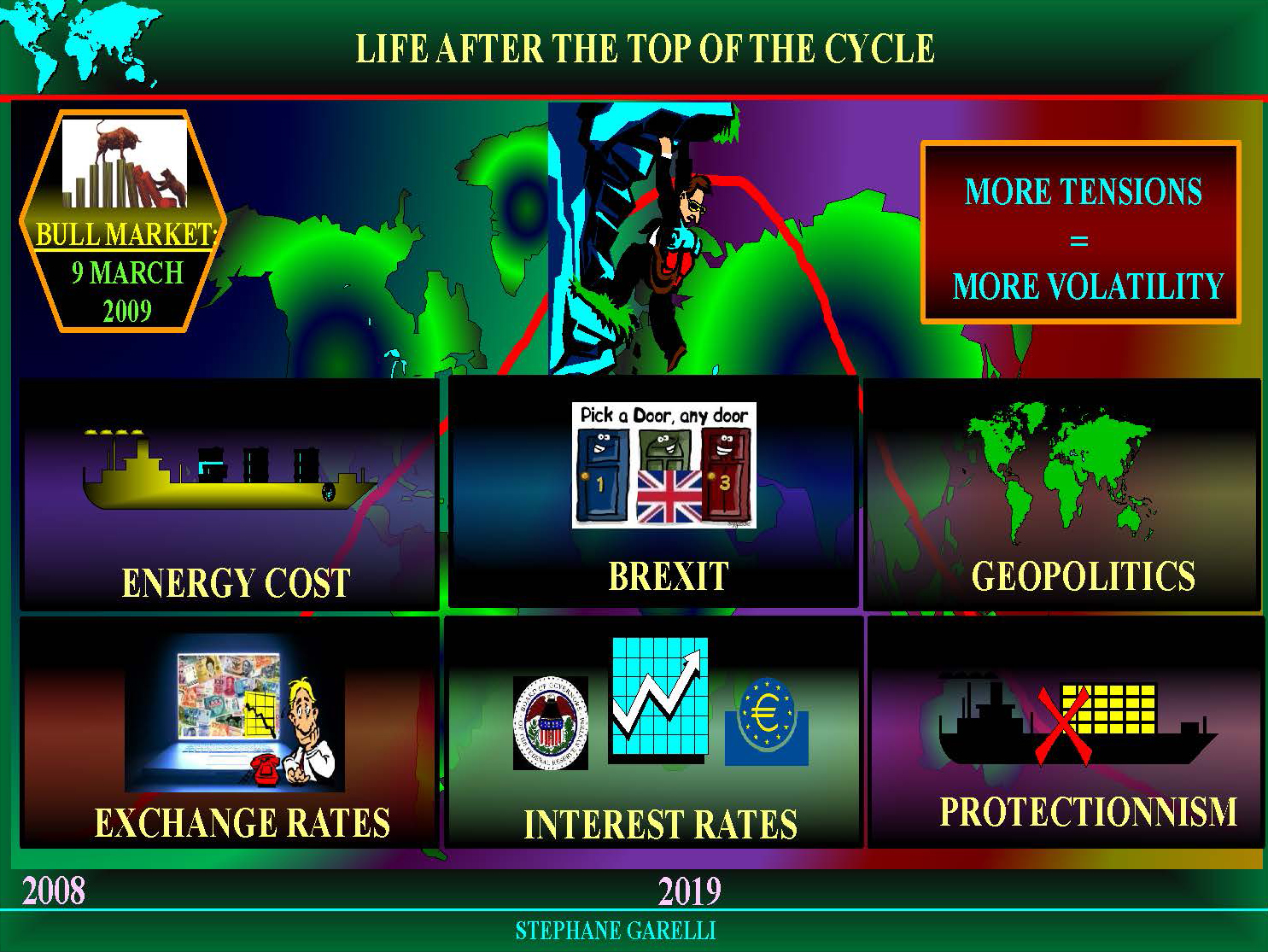 The worrying consequence of such protectionist measures is the domino effect that they create. After the US, China, India, Russia, and maybe Europe are now tempted to follow such policies. For companies, the cost of increased tariffs can be passed to the consumers. However, the real risk is about market access. If companies cannot access specific markets, there is no possibility to bypass such measures.

On the brighter side, globalization is not that easy to disentangle. Most products today are built with tens of components which are produced all over the world, assembled and shipped to the final market. It is thus complicated to define the nationality of a computer, a mobile phone or a TV. Also, more than 30% of the exports of China to the US are made by American companies which are manufacturing, assembling, and shipping products back to their home market from China. For Mexico, it concerns more than 40% of the exports to the US. To have a clearer picture of world trade, it would make more sense to identify the origin of a product by its added value content, rather than by its geographical origin.

Therefore, globalization is not a zero-sum game. Everybody can and should benefit from it, provided it is protected from unnecessary political interference. 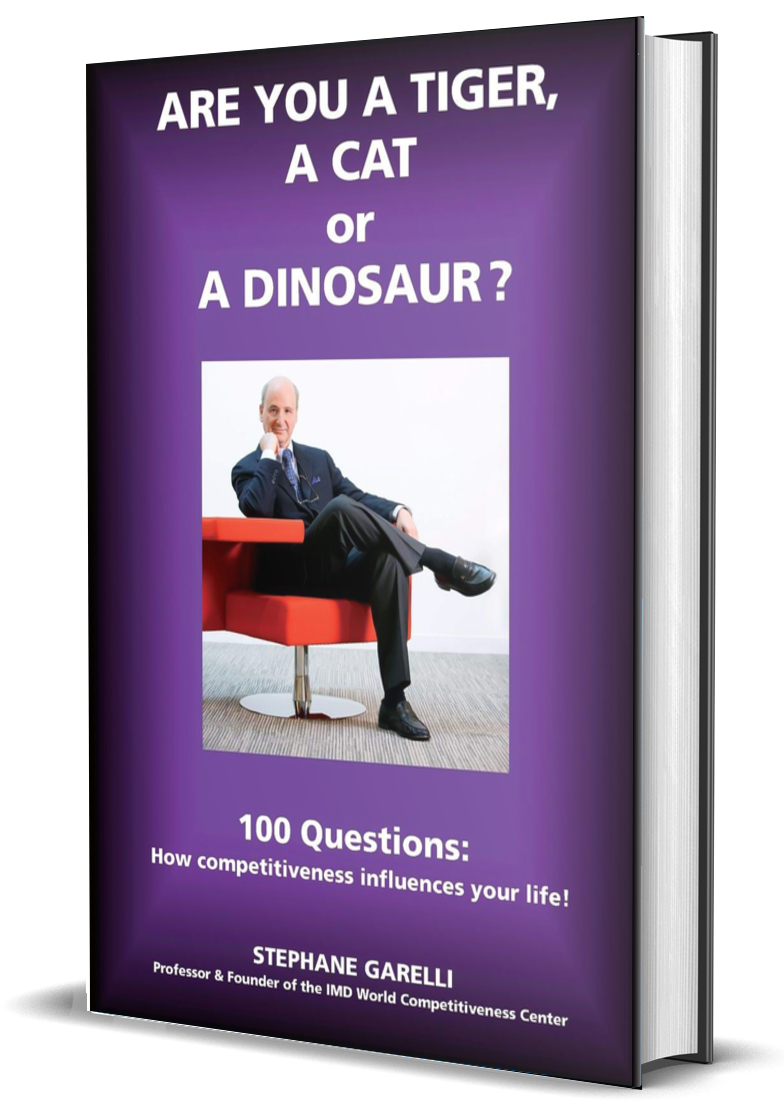 100 questions: How competitiveness influences your life!

The goal of this book is to move beyond academic analysis and show the day-to-day realities of competitiveness. Thus, it highlights 100 questions which illustrate competitiveness: “Is boring competitive?”, “What are things worth?”, “Can we trust statistics?”, Should we care about “Made in”? “Is failure the price of success?”, “Do we work too much? “Why do large companies disappear? “Do we need the rich?” “How many friends do you need to succeed?”,” Do you have a market value?”, Are you hooked on digital?”, “Is divorce a good business” etc.

“A good leader shares their vision and creates followers.”

“Competitiveness is a formidable tool with which to reach prosperity.” 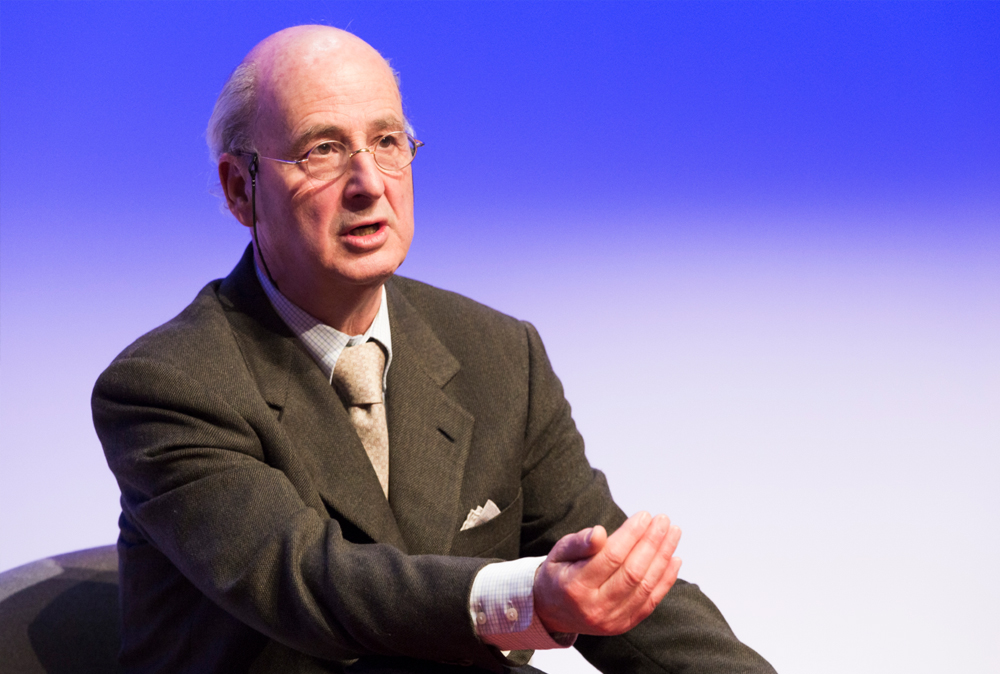 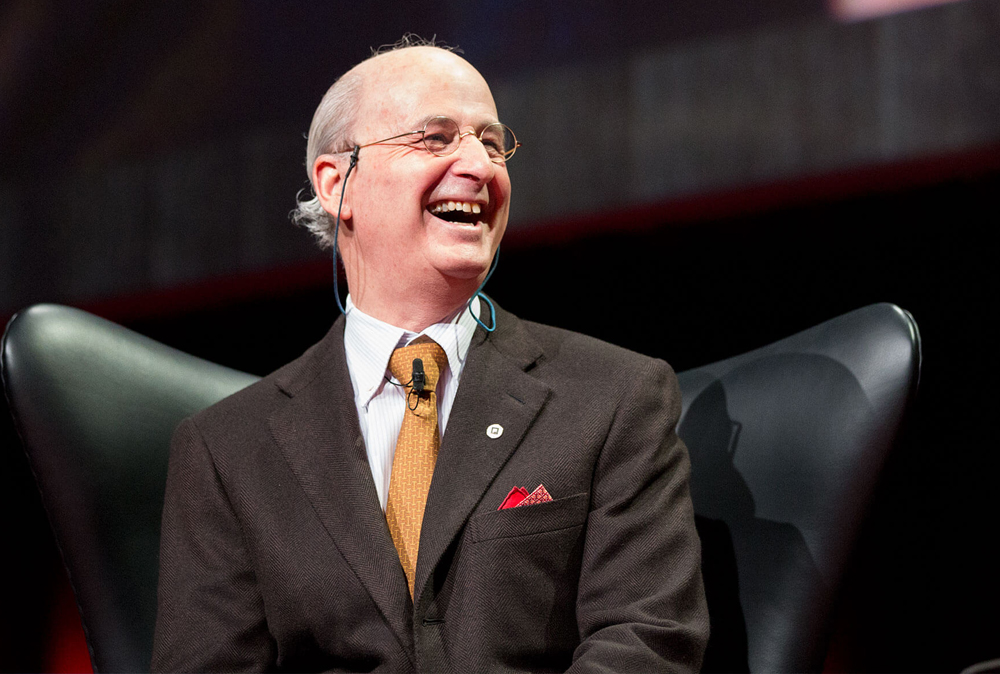 “The new generation of consumers is one of choice and customisation.”

“Diversity is essential and welcomed, but needs to be managed.”

He reads today’s global economic picture better than anyone else. He is an exciting speaker who combines content with an entertaining approach to complex issues supported by his trademark graphics. His presentations on competitiveness provoke companies and individuals to think “outside the box”, and to confront their strategies with recent market trends and new competitive pressures.

If you would like to book Stéphane Garelli for your next event, please call Dagmar O’Toole on +44 1628 601 462 or send an email to dagmar@csaspeakers.com.

" Robots have a lot of competence but they do not have much comprehension. "


" Protectionist measures have always existed. But they are now changing in nature. The argument used to be about protecting jobs; now, it is about national security. "


" Any technological revolution solves as many problems as it creates new ones. "