"The most important quality or skill to just survive the upheavals in the coming decades is to develop mental flexibility."

Professor Yuval Noah Harari is a philosopher, historian and author of the international bestsellers Sapiens: A Brief History of Mankind; Homo Deus: A Brief History of Tomorrow and 21 Lessons for the 21st Century. His first bestseller Sapiens, surveys the entire length of human history, from the evolution of Homo sapiens in the Stone Age up to the political and technological revolutions of the 21st century.

Prof. Harari originally specialised in world history, medieval history and military history. Currently his research focuses on macro-biological questions such as: What is the relationship between history and biology? What is the essential difference between Homo sapiens and other animals? Is there justice in history? What ethical questions do science and technology raise in the 21st century?

In his most recent book, 21 Lessons, Yuval Noah Harari focuses on the biggest questions of the present moment: What is really happening right now? What are today’s greatest challenges and choices? What should we pay attention to?

Harari is one of the most widely-read and cited historical authors of today. His ideas have profoundly influenced the teaching and writing of anthropology around the world. His fascinating keynote speeches reflect the topics of his research and books.

You write that one of the only things we can be certain of going forward is some level of uncertainty. So what’s the best course of action?

Unless you are 80 years old or something, you will have to repeatedly reinvent yourself in the coming decades – you’ll probably change your job a number of times. Some people imagine that it will be like this one time, big revolution, that say in 2025, 60% of the jobs are taken over. And then we have a couple of rough years in which people have to retrain, and new jobs appear, and some people don’t find new jobs and you have a large problem of unemployment. But then eventually things settle down into some new equilibrium, and we enter a new kind of economy.

The problem with this scenario is that it assumes that AI will kind of reach its maximum capacity by 2025, which is extremely far from the truth. We’re not even approaching the full capacity of AI. It’s going to just accelerate. So yes, we will have these huge changes by 2025 – but then we’ll have even bigger changes in 2035 and even bigger changes in 2045, and people who have to repeatedly re-adjust to these things.

Do you think people understand the implications of the bio- and infotech revolutions that are under way?

Five years ago artificial intelligence sounded like science fiction. Even though in the academic world and private business people were aware of the potential at least, in the political field and public discourse you hardly heard anything about it. Then a couple of governments realised what was happening. My impression is that the Chinese realised first what was going on. I think this stems from their national trauma from the industrial revolution, when they missed the train and they were left behind and suffered terribly. They will do anything to be in the front of the AI revolution. Over the last year or so, the Europeans and Americans also realised. And now we are heading towards a full-scale arms race of artificial intelligence, which is very, very bad news.

Why is liberalism under particular threat from big data?

Liberalism is based on the assumption that you have privileged access to your own inner world of feelings and thoughts and choices, and nobody outside you can really understand you. This is why your feelings are the highest authority in your life and also in politics and economics – the voter knows best, the customer is always right. Even though neuroscience shows us that there is no such thing as free will, in practical terms it made sense because nobody could understand and manipulate your innermost feelings. But now the merger of biotech and infotech in neuroscience and the ability to gather enormous amounts of data on each individual and process them effectively means we are very close to the point where an external system can understand your feelings better than you. We’ve already seen a glimpse of it in the last epidemic of fake news.

There’s always been fake news but what’s different this time is that you can tailor the story to particular individuals, because you know the prejudice of this particular individual. The more people believe in free will, that their feelings represent some mystical spiritual capacity, the easier it is to manipulate them, because they won’t think that their feelings are being produced and manipulated by some external system.

We live in a moment of unprecedented change. Are humans built to withstand such rapid rates of change? 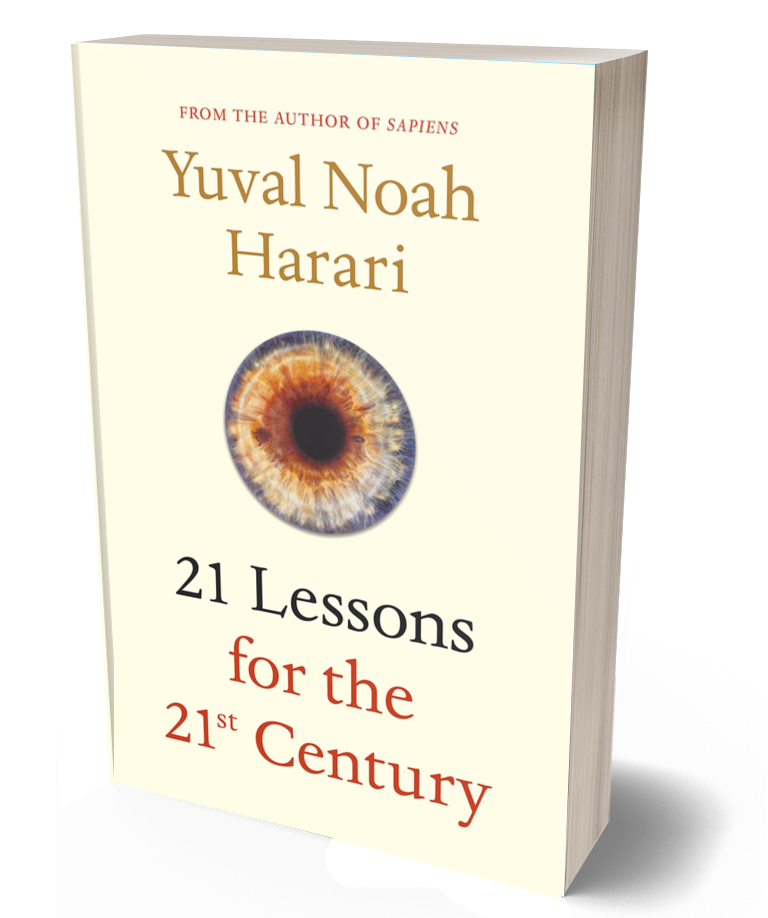 21 Lessons for the 21st Century

How can we protect ourselves from nuclear war, ecological cataclysms and technological disruptions? What can we do about the epidemic of fake news or the threat of terrorism? What should we teach our children?

Yuval Noah Harari takes us on a thrilling journey through today’s most urgent issues. The golden thread running through his exhilarating new book is the challenge of maintaining our collective and individual focus in the face of constant and disorienting change. Are we still capable of understanding the world we have created?

“The idea of free information is extremely dangerous.” 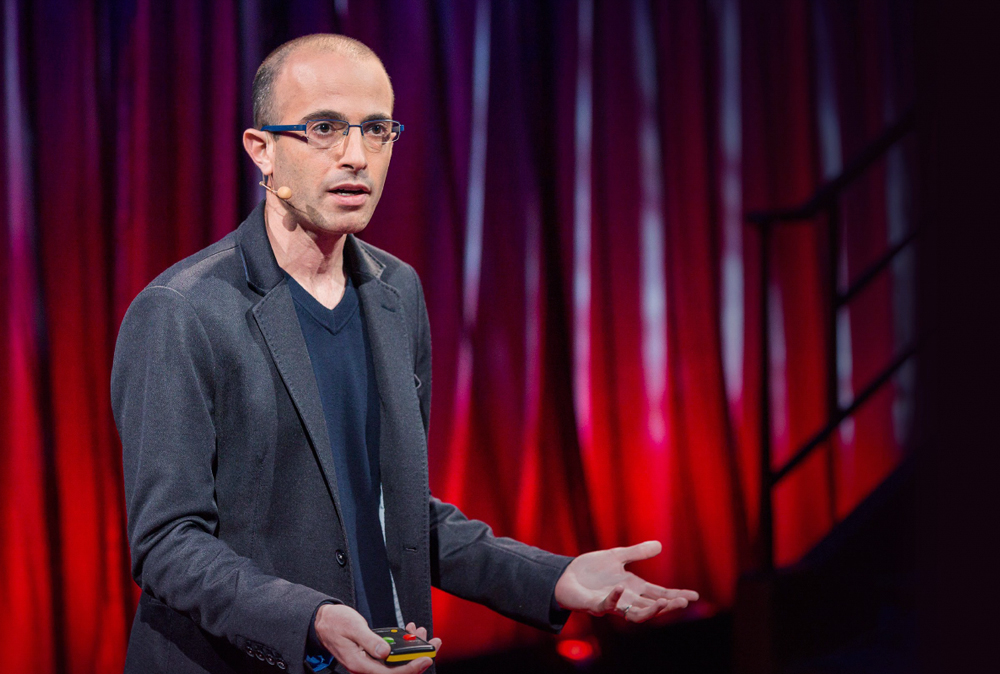 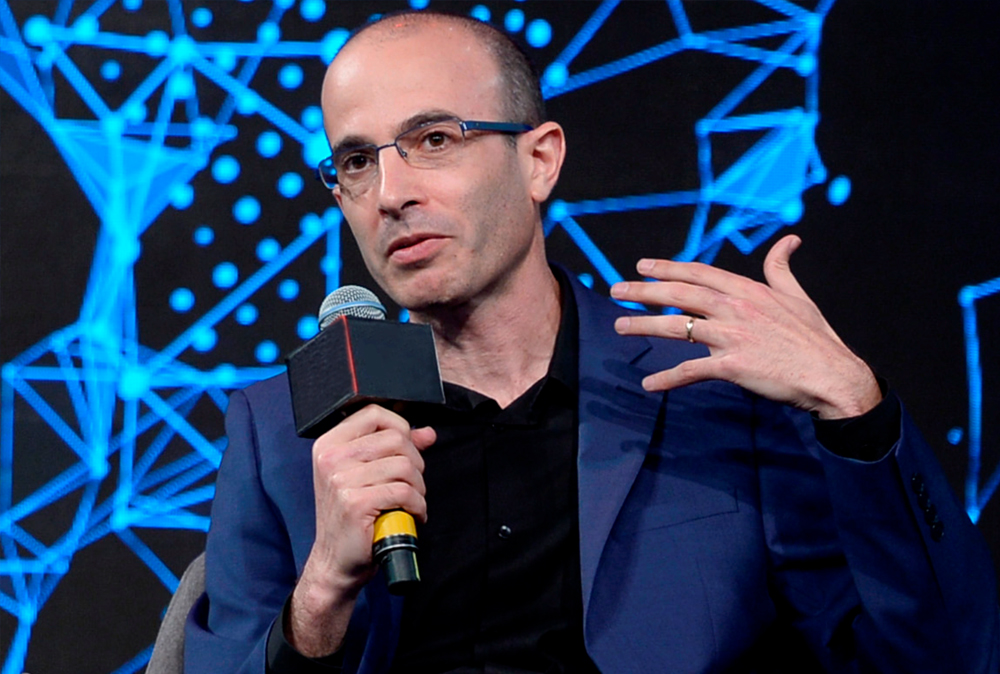 “The most important quality or skill to just survive the upheavals in the coming decades is to develop mental flexibility.”

“I don’t have a smartphone. They try to constantly grab my attention, which is my most important resource.” 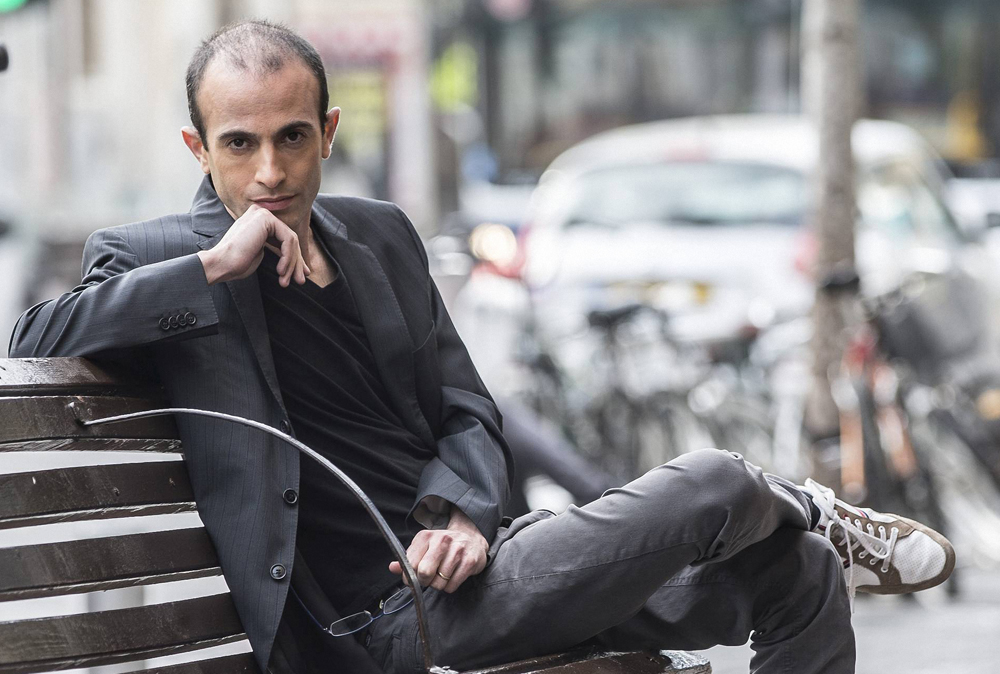 Prof. Harari is one of the most influential and thought-provoking historians and philosophers of our time. He is articulate and personable and possesses the quality of being able to convey academic research and knowledge with great clarity and ease.

If you would like to book Prof. Harari for your next event, please call Dagmar O’Toole on +44 1628 601 462 or send an email to dagmar@csaspeakers.com.

" We are heading towards a full-scale arms race of artificial intelligence, which is very, very bad news. "


" We must invest more resources in the psychological resilience of people. "