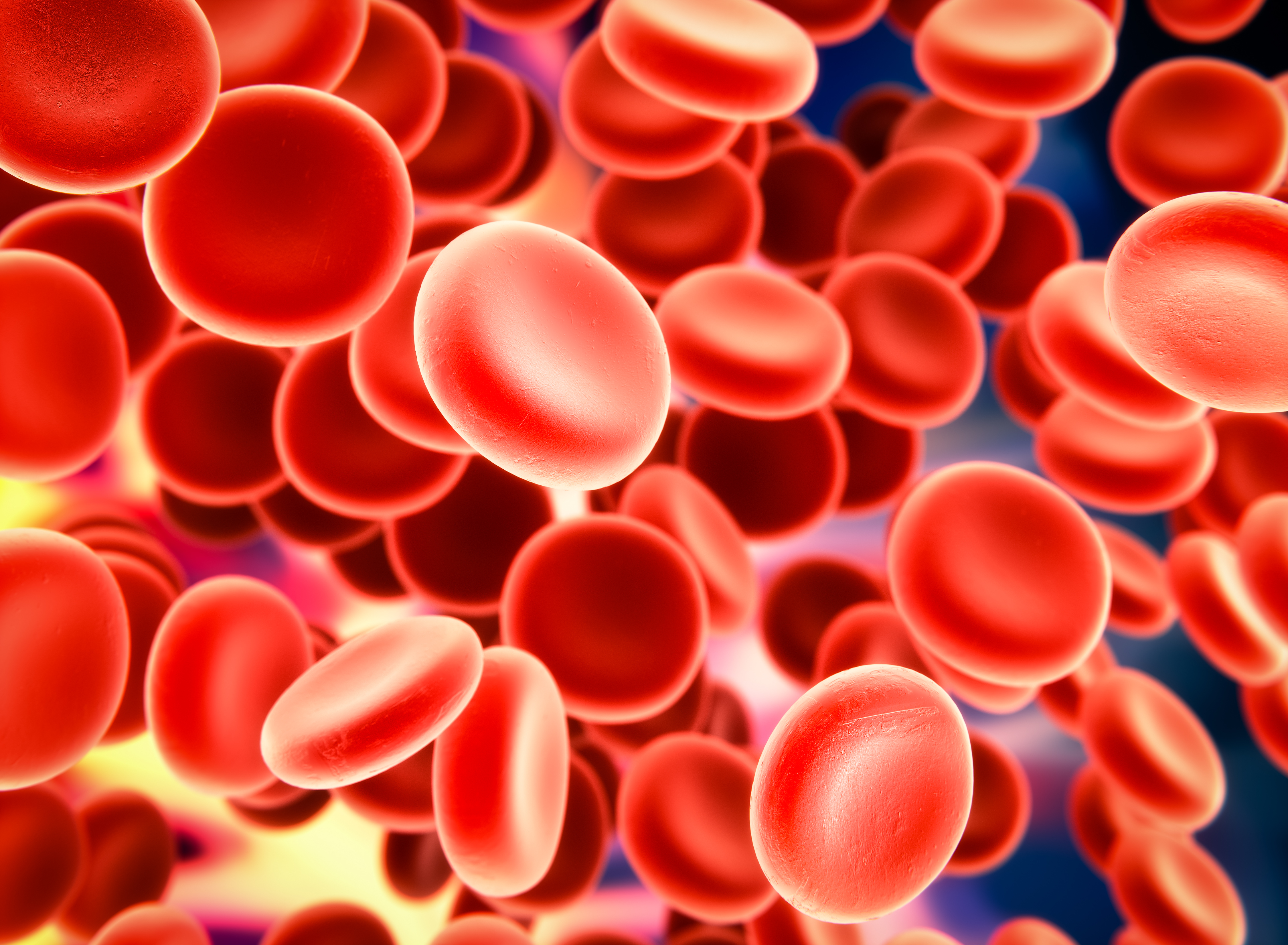 In California this coming October, people with Alzheimer’s will be given transfusions of young blood to see if improves their cognition – and there’s good reason to hope it might.

The scientists behind the experiment have evidence on their side. Work in animals has shown that a transfusion of young mouse blood can improve cognition and the health of several organs in older mice. It could even make those animals look younger.

The ramifications for the cosmetics and pharmaceutical industries could be huge if the same thing happens in people.

Will we see the young queuing up to sell their blood for transfusion into old people?

As greater and greater power is thrown at the challenge of ‘mining’ new Bitcoins, the market for dedicated, super-powerful computers has become an arms race.

Prices for the latest computer hardware have been chased higher because investors have required faster and faster machines to make narrower and narrower profits mining for Bitcoin.

Miners are central to the operation of the virtual currency. Linked together, they are the peer-to-peer network that confirms transactions and maintains the online ledger showing where all the Bitcoins are. New coins are their reward for taking part, but the likelihood of getting a coin has decreased as more miners come online and the number of Bitcoins approaches the maximum allowed.

With Bitcoins now trading at $450-$650 (compared to a high of $1,242 a year ago) the jury is still out on whether Bitcoin will become a viable alternative currency.

Treating Male Infertility With Stem Cells From Patients’ Own Skin

Sperm precursors have been successfully created from the skin cells of infertile men, which were then used to create apparently healthy sperm cells, according to a recent study. Such research offers hope for infertile men, but also raises some alarming concerns.

The researchers at Montana State University describe how they were able to successfully stimulate infertile men’s skin cells into becoming induced pluripotent stem cells (iPCSs) which were then used to produce sperm precursors.

However, some experts have become alarmed by the results of this study. While the research gives hope for sterile men, it also reveals that reproductive cells can be created from anyone’s cells – even from a small hair sample, and even from females’ cells.

It may become possible that people will steal genetic samples from people’s trash just to create reproductive cells for illicit sale (“anyone want to buy sperm created from George Clooney’s cells?”).

Will Interactive-Tables Replace Waiters In Restaurants?

A new touch-screen interactive restaurant table allows diners to start their meal by selecting a menu language of their choice.

It then displays photos and detailed information on all the entrees, drinks and other items. Once they’ve decided on what they want, diners simply request it via the table’s waterproof touchscreen display, and the order is instantly relayed to the kitchen.

Presumably a human server brings the food out to them, although at least one restaurant has experimented with using drones.

While they’re waiting for their food to arrive, patrons can use the table to do things like play games, read news, or chat with diners at other tables.

The tables’ makers also offers the option of integrating screens on the walls, bar counters or other surfaces into the system, for purposes such as advertising special menu items or drinks.
Sounds like a lovely evening out.

Researchers at the University of Washington have developed a material that could offer women a new means of protection against HIV. Demonstrated in the form of a tampon, the material is capable of carrying substantial loads of medicine, dissolving and releasing the drugs once its comes into contact with moisture.

The study builds on research conducted at UW’s Department of Bioengineering back in 2012 in a process where a charged fluid containing polymers and antiretroviral drugs is projected from a syringe and through an electric field.

The electric field causes the jet of liquid to break into tiny fibres, each measuring anywhere between 100 to several thousand nanometres. These then come to land on a collecting plate and combine to form a stretchy fabric capable of blocking sperm and, as the researchers discovered, carrying and releasing contraceptives and antivirals.

Deciphering Sound From Images Of Vibrations

Researchers at MIT, Microsoft, and Adobe have developed an algorithm that can reconstruct an audio signal by analysing minute vibrations of objects depicted in video.

In one set of experiments, they were able to recover intelligible speech from the vibrations of a potato-chip bag photographed from 15 feet away through soundproof glass.

In other experiments, they extracted useful audio signals from videos of aluminium foil, the surface of a glass of water, and even the leaves of a potted plant.

An experimental drug made from cone snail venom has shown early signs of promise in numbing pain, raising hopes in the hunt for new, non-addictive medications.

The drug, which has not been tested yet on humans, is judged to be about 100 times more potent than morphine or gabapentin, which are currently considered the gold standard for chronic nerve pain.

The active ingredient, conotoxin, comes from carnivorous cone snails, which are common in the western Pacific and Indian Ocean.

The marine animals can reach out and stab prey, injecting a venom that paralyses fish long enough for them to be eaten.

In the new system, plastic items are exposed to a brief flash of light which causes them to fluoresce. Photoelectric sensors then measure how long it takes for that fluorescence to fade. Because different types of plastic polymers have different fluorescence lifetimes, a measurement of that lifetime can reliably identify the plastic in question.

Even in its present form, the technology can sort up to 1.5 tons (1.4 tonnes) of plastic per hour. According to the researchers, this figure meets the specifications required for its application on an industrial scale.

An important development for the environment as the inability to sort plastics by type has, hitherto, hindered recycling.

Data Allows U.S. Doctors To Know In Advance Who Will, Or Will Not, Take Their Meds

Can big data make American health care better? After decades as a technological laggard, medicine has entered its data age.

Mobile technologies, sensors, genome sequencing, and advances in analytic software now make it possible to capture vast amounts of information about our individual makeup and the environment around us. The sum of this information could transform medicine, turning a field aimed at treating the average patient into one that’s customised to each person while shifting more control and responsibility from doctors to patients.

The groups that control the most medical data today are insurance companies and care providers, and their data analysis is already beginning to change health care.

Express Scripts, which manages pharmacy benefits for 90 million members in the U.S. and processes 1.4 billion prescriptions a year, has scoured its data from doctors’ offices, pharmacies, and laboratories to detect patterns that might alert doctors to potential adverse drug interactions and other prescription issues.

Doctors can now know 12 months in advance, with an accuracy rate of 98 percent, which of their patients may fail to take their medicine. Taking steps to avert that problem could improve patients’ health and reduce the $317 billion spent in the United States each year on unnecessary hospital visits and other treatment.

The School Textbook That Adapts Itself To Ability Of Learners

Students in Houston, Texas, are about to get their hands on the first digital schoolbooks that use artificial intelligence to personalise lessons. The aim, says the books’ creator, is to “explode the book” and rethink how students learn from texts.

OpenStax, a Rice University project, already offers an array of online and printed textbooks on subjects including economics, biology and history. For the past three years, researchers have tracked how students in 12 US schools use the books in their studies, including information on how they scored on questions.

That work is now being used to train machine-learning algorithms that give OpenStax’s biology and physics textbooks the ability to adapt to individuals.

If a reader seems to be struggling with a particular topic – acceleration, say – the book will slot in additional explanations and practice questions, and increase emphasis on related subjects, such as centripetal force, that could otherwise trip the pupil up.

The School Textbook That Adapts Itself To Ability Of Learners

A hotel chain in Silicon Valley has unveiled Botlr, the world’s first robot butler, which will work as a bellhop shuttling items between the hotel lobby and guests’ rooms.

Aloft Hotels in Cupertino, California, is situated opposite Apple in Silicon Valley and is known for its high tech hospitality, which includes Apple TV in-room services and interactive software known as “Cool Concierge” which looks up any information the guest might need.

The three-foot tall robot was made by robotics start-up Savioke, which recently created the SaviOne robot as a delivery robot for the services and care industry.

There is hope on offer to some heart patients following a pioneering gene therapy trial which could eventually replace heart transplants.

British scientists are trialling the therapy, which uses a corrective gene to help a person’s heart beat more strongly. Each of the patients has a Left Ventricular Assist Device (LVAD) keeping them alive while they await a transplant. Sixteen patients will be chosen at random and given the gene therapy, while eight others will be given a placebo.

The technique sees a harmless virus injected into the blood, which carries the gene into the heart muscles. This aims to boost the levels of a protein called SERCA2a which helps to control the contraction of the heart.

BRICs Set Up Their Own Version Of World Bank

They also set up a $100bn swap line, known formally as a contingent reserve arrangement, a deal that gives each country’s central bank access to emergency supplies of foreign currency.

The BRICs’ plan hasn’t been exactly welcomed by The West. There have been two default positions. One is to scoff at the very idea of five such disparate nations organising anything coherent or staying the course. The other is to worry that the world order reflected in the two US-led institutions – the World bank and the IMF – set up at the Bretton Woods conference of 1944 is about to crumble.

It does seem a minor miracle that five countries whose initials happen to form a catchy acronym have so quickly gone from BRICs to a bricks-and-mortar bank. This is a reprimand to western-led institutions that have failed to adapt. If the out-of-date Bretton Woods post-war order really is being upended, it is probably to be welcomed.