Jonny Quinn is best known as the drummer of the alternative rock band Snow Patrol. Nominated for both Grammy and Brit awards and winning a prestigious Ivor Novello accolade, he has been responsible for several era-defining singles.

A passionate and creative artist, Jonny is a musician of the highest order who offers audiences performances that are always well received. 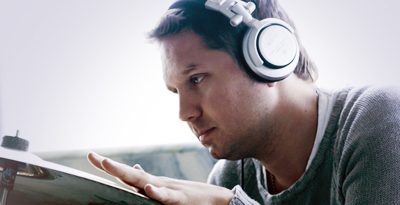 Talk to us about Jonny Quinn

He has also branched into publishing with a company he shares with Gary and Nathan from the band - Polar Patrol Publishing. Polar Patrol is a pro-active music publishing service for songwriters, artists and musicians set up by Jonny, Nathan and Gary from Snow Patrol. Their small team offers a hands-on approach to publishing with the aim of nurturing new song writing talent and artist development. Polar Patrol does not restrict its roster to any particular genre, as Jonny explains "there is no agenda - if it's good enough and we believe in it 110%, we will sign it." Polar Publishing are going from strength-to-strength presenting, amongst others, songs from Ed Sheeran, One Direction, Example, Rudimental, Snow Patrol, Belle and Sebastian and Kodaline. His band was nominated for two MTV music awards in 2007 and to date have released six albums that have sold in excess of 13 million copies.

A talented musician and successful business man, Jonny Quinn provides engaging presentations to audiences at events throughout the country. He offers audiences an insight and anecdotes from his career in the music business.